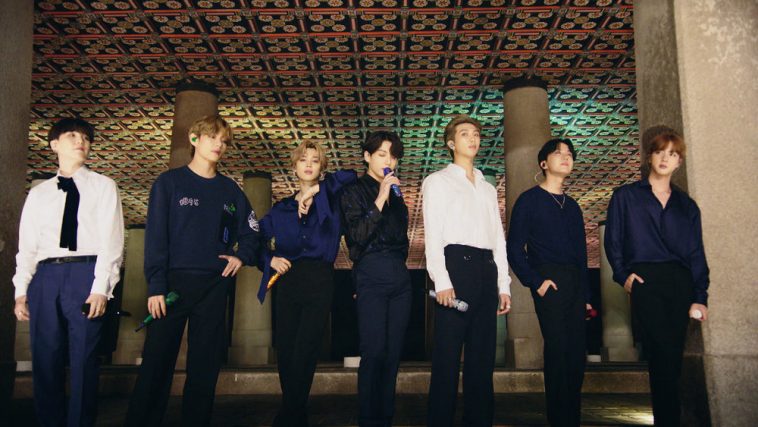 According to NBC, “The Tonight Show” had its most “social” week ever during the September 28-October 2 string of episodes. As a point of comparison, social activity numbers were up a staggering 1300% from the previous week’s set of episodes.

Expanding on the social success, NBC notes that “The Tonight Show” was last week’s #1 entertainment broadcast (in other words, excluding sports and the presidential debate) in a variety of social metrics, including content responses, shares, comments, new fans/subscribers, and digital video views.

BTS Week did not fuel any records on the linear television front, but it did fare decently in that regard. Citing live+same-day data, NBC notes that the show averaged a 0.26 adults 18-49 rating and 1.374 million viewers during BTS week. Excluding the week with the opening night NFL boost, the adults 18-49 average was the show’s best since July 27-31. The viewership figure was the show’s best since August 10-14.

Granted, the show received a particularly big boost from the post-debate episode on Tuesday, September 29. The episode, which featured a lengthy appearance by John Cena and a BTS performance, drew a 0.35 adults 18-49 rating. Said figure ties the June 16 episode (Gwyneth Paltrow, Zachary Quinto, Alec Benjamin) as the show’s best mark since May 1 (0.38 for Jon Hamm, Brene Brown, Hailee Steinfeld).

On the one hand, the debate impact prevents one from exclusively crediting the BTS Week campaign for this week’s gain. On the other hand, even if that episode were removed from calculation, the adults 18-49 rating for BTS Week would exceed the prior week’s average by upwards of 10%. It would also be up slightly from the show’s season average.

BTS Week also yielded the show’s best teen viewership performance (0.11 rating among viewers 12-17) since the week of May 18-22.

If there is a downside on the viewership front, it is that “The Tonight Show” again placed last among the flagship late-night shows (trailing ABC’s “Jimmy Kimmel Live” and CBS’ “Late Show With Stephen Colbert”) in both viewers and adults 18-49. “Colbert” and “Kimmel” took first and second, respectively, for viewership. The shows swapped rankings for adults 18-49.

NBC does correctly note, however, that “Kimmel” received a lift from NBA Finals action.

Dubbed “BTS Week,” the September 28-October 2 string of “Tonight Show” episodes each featured a BTS performance. BTS also appeared in numerous segments throughout the week, while participating in an interview on Wednesday.