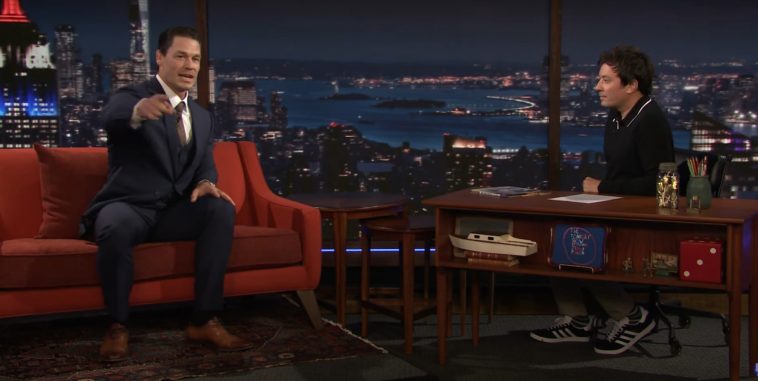 John Cena appeared on Tuesday’s edition of “The Tonight Show Starring Jimmy Fallon,” which happened to be the second night of BTS Week.

Given the well-documented mutual support the acts share for each other, many fans anticipated a video interaction between the wrestler-actor and the superstar group.

Said interaction did not happen, but Cena and Fallon unsurprisingly did discuss BTS during their interview. And as he has done in the past, John Cena offered a passionate – and substantive – statement of advocacy for the group and its impact.

In addition to praising the group’s smusical talent, Cena cut a promo in support of the group’s powerful messaging and social advocacy. He also discussed the group’s resonance with its fan ARMY – and, in turn, the ARMY’s history of not only rallying to support the BTS’ music but the charitable causes and issues that matter to the group. Per Cena, the kind of resonance BTS has with the ARMY can change the world.

A video of the Cena interview follows