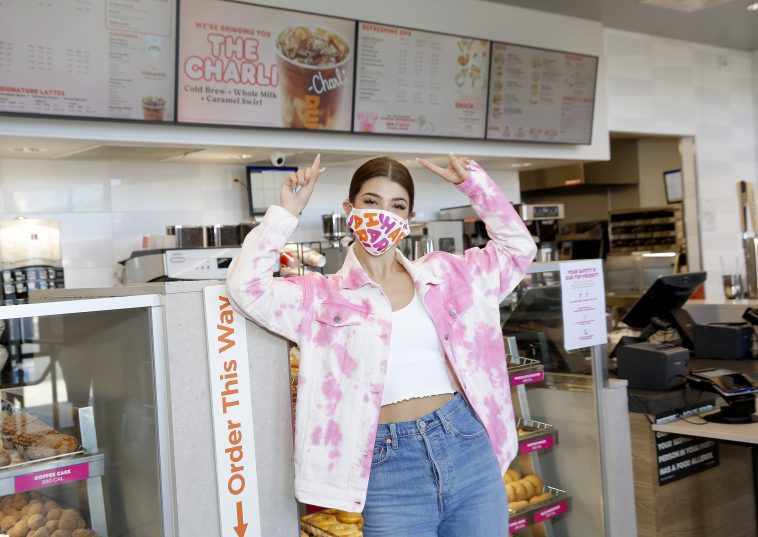 Amid her rise to social media superstardom, Charli D’Amelio has publicly confirmed her love for Dunkin’.

As of Wednesday, the beloved donut and coffee chain is reciprocating the support. Dunkin’ has officially released “The Charli,” a new coffee drink inspired by the TikTok sensation.

Available nationwide for a limited time, “The Charli” is a cold brew with whole milk and three pumps of caramel swirl. For the next two days, those who order a medium The Charli ahead using the app will receive 100 bonus points. Beginning September 9, Dunkin’ will also be launching a contest in which five winners will get to video chat with D’Amelio on National Dance Day (September 19).

“Everyone knows that Charli runs on Dunkin’, and now Dunkin’ runs on Charli,” said Drayton Martin, Vice President, Brand Stewardship at Dunkin’. “This is the partnership fans have been rooting for since Charli first danced onto TikTok with her Dunkin’ Cold Brew in hand. Charli is one of our biggest fans and the feeling is mutual. We’re thrilled to finally make it official and make it easy for people to run on Dunkin’ just like Charli.”

Under the new partnership, D’Amelio and Dunkin’ will be engaging heavily on social media. Dunkin’ will also be introducing an original TikTok song inspired by the new drink.

Photos from the launch, all courtesy of Dunkin’ and RF|Binder, follow: