Teaser for June 3 Game On Episode, courtesy of CBS

Earlier this spring, news broke that Demi Lovato and Ronda Rousey would be appearing as celebrity guests on an episode of the new CBS competition series “Game On!”

CBS just confirmed that they will be appearing on the June 3 episode.

Lovato will be joining Team Venus Williams, while Rousey will be competing as part of Team Rob Gronkowski. The episode will also feature comedians Ian Karmel and Bobby Lee.

According to the official announcement, the teams will “compete in a game of human bowling, race to climb a sailing mast the fastest and take to the skies in an air combat challenge.”

Keegan-Michael Key hosts the show, which airs from 8-9PM ET on Wednesdays. 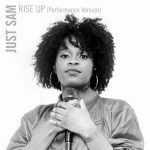