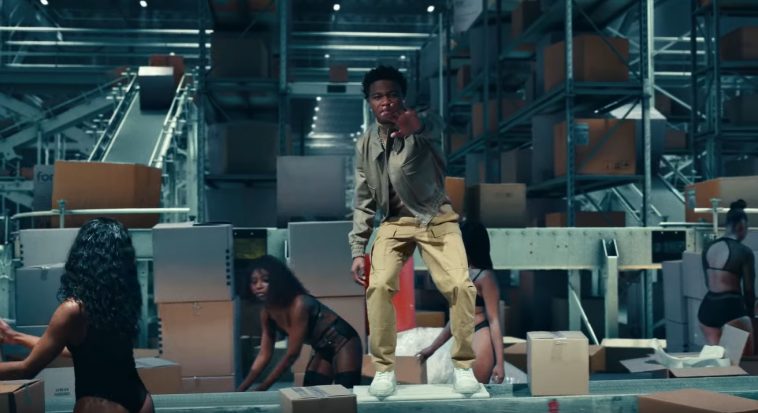 Roddy Ricch’s “The Box” remains a massive radio hit, securing another week atop the Mediabase rhythmic and urban radio charts.

“The Box” spends a seventh week atop the former and a fifth frame atop the latter.

— “The Box” continues its rhythmic reign thanks to the ~6,338 spins it received during the April 5-11 tracking period. This week’s count trails last week’s mark by 33 but keeps “The Box” ahead of the pack.

Future’s “Life Is Good (featuring Drake)” slides one spot to #3, and Doja Cat’s “Say So” ticks up one rung to #4. The Weeknd’s “Blinding Lights” concurrently ascends one spot to #5.

“Life Is Good” slips one spot to #3, and Russ & BIA’s “Best On Earth” holds at #4. Summer Walker’s “Come Thru (featuring Usher)” concurrently ascends one place to #5.