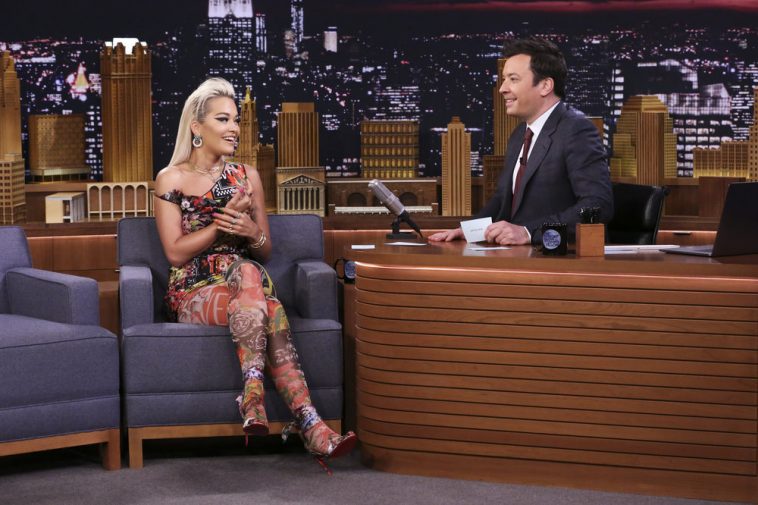 She joins a lineup that also includes chats with Michael Shannon and JJ Watt.
====

The update reveals that Rita Ora will be conferencing in for the upcoming episode. She joins previously confirmed guests Michael Shannon and JJ Watt on the bill for April 14.

NBC has not yet announced whether Ora will be appearing for an interview, a performance or both.

Like those of the past few weeks, this coming week’s episodes will be “At Home Edition” broadcasts consisting of content from Fallon’s home, video appearances by celebrities, and some “best of” moments. The latest listings follow: