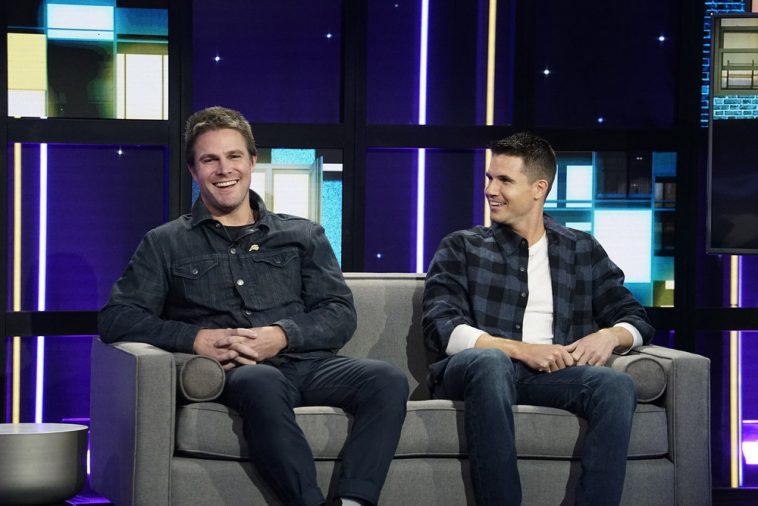 “A Little Late With Lilly Singh” will commence a week’s worth of original episodes this Monday.

The actors will join Lilly for a discussion, as well as the show’s signature humor pieces. The episode will additionally feature an appearance by comedian Vanessa Gonzalez.

Filmed in advance, the episode will air at 1:35AM ET/PT late Monday night (technically early Tuesday). In advance of the episode, NBC shared photos of the Amells and Gonzalez appearing on the late-night talk show.