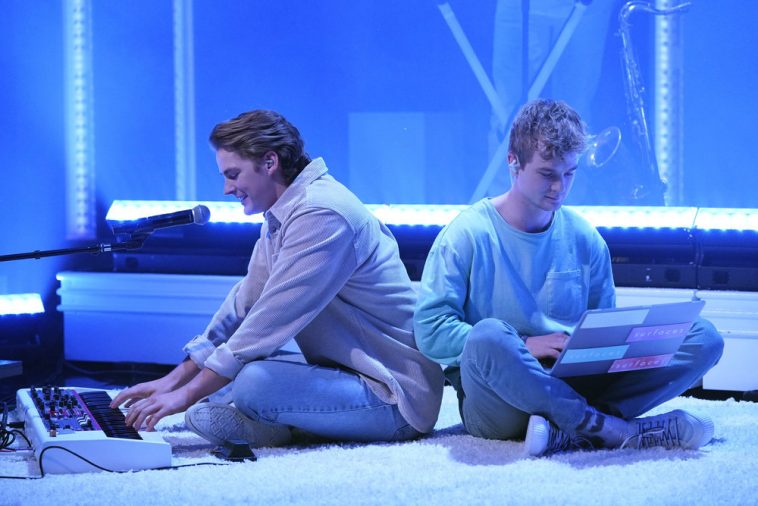 Update: Buzzy Surfaces made an appearance on Monday’s “Late Night With Seth Meyers.”

The buzzy act performed “Sunday Best” on the broadcast. A video of the performance and photos from the taping follow:

As “Sunday Best” continues to make waves in the music industry (and on the charts), Surfaces make a late-night talk show appearance.

The duo takes the stage on Monday’s edition of “Late Night With Seth Meyers.”

Filmed in advance, Monday’s “Late Night” will air at 12:35AM ET/PT on NBC. The Surfaces performance should start at around the 50-minute mark.