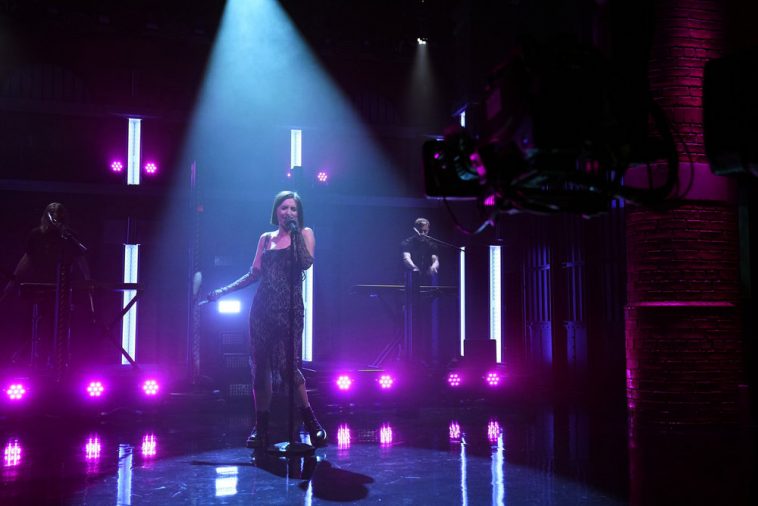 Update: In what represented its debut on the program, SHAED performed on Wednesday’s “Late Night With Seth Meyers.”

The group closed the episode with a rendition of its breakthrough hit “Trampoline.” A video of the performance and photos from the taping follow:

SHAED, which enjoyed a breakthrough 2019 thanks in large part to multi-format hit “Trampoline,” closes the episode with a musical performance.

Taped in advance, Wednesday’s edition of “Late Night” will air at 12:35AM ET/PT on NBC; the SHAED performance should start at around the 50-minute mark. To support the broadcast, NBC offered a collection of photos from the taping.