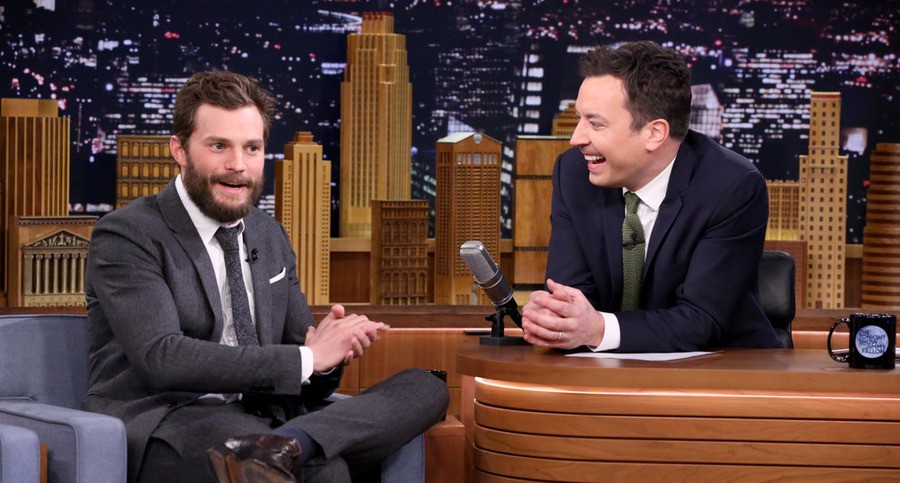 Update: NBC has revised its listings for the December 1 and 2 “Tonight Show Starring Jimmy Fallon” episodes.

Keanu Reeves, Alex Winter and musical guest The Smashing Pumpkins are still set for the December 1 broadcast, but Governor Andrew Cuomo is no longer listed. Joe Manganiello, originally set for December 2, will be replacing Cuomo on the December 1 lineup.

One day after making a daytime appearance on “Live With Kelly & Ryan,” Jamie Dornan will appear on “The Tonight Show Starring Jimmy Fallon.”

NBC confirms Dornan for the December 2 edition of its flagship late-night talk show. Dornan will be appearing in support of “Wild Mountain Thyme.”

The December 2 “Fallon” will also feature an interview with Joe Manganiello. Later, the Grammy-nominated Phoebe Bridgers will deliver a musical performance.

Wednesday, November 25: Guests include Melissa McCarthy, The Original Cast of Saved By The Bell and musical guest Sheryl Crow pays tribute to Tom Petty. Show 1362A