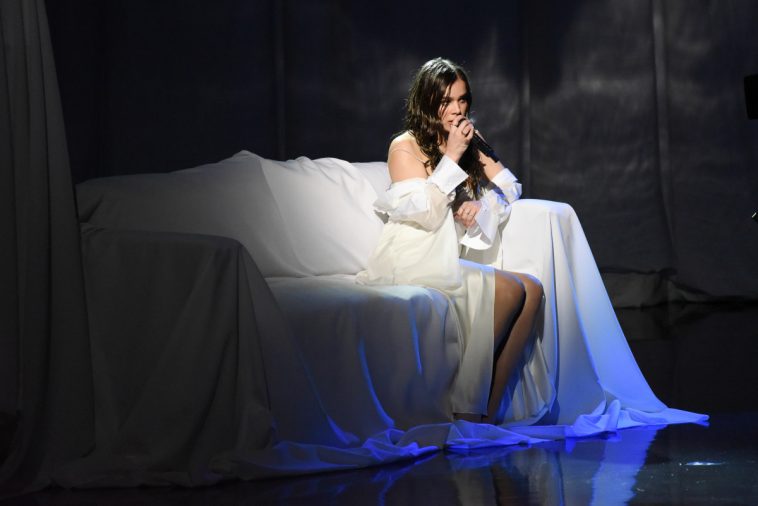 Update: Monday’s edition of “The Late Show With Stephen Colbert” featured a performance by Hailee Steinfeld.

Steinfeld performed her song “Wrong Direction” in the closing segment of the episode.

Earlier in the broadcast, David Ayres – fresh off his successful stint as an emergency backup goalie – made a cameo during Colbert’s monologue. Video highlights and photos follow:

Hailee Steinfeld makes an appearance on Monday’s edition of “The Late Show With Stephen Colbert.”

The singer-actress focuses on the “singer” part of the hyphen, taking the stage to deliver the show’s closing musical number.

In addition to the Steinfeld performance, Monday’s episode features a visit from David Ayres. Ayres, now a Zamboni driver, made headlines this weekend by filling in as an emergency goalie for the Carolina Hurricanes.

The episode also features a chat with Rahm Emanuel. An initially advertised visit from Tyra Banks has been moved to Friday.