A myriad of new films opened at the US box office this week. None had a stronger Friday than “Aquaman.”

The film should close the three-day weekend with upwards of $70 million.

As for Friday, fellow newcomer “BumbleBee” took second place. The Transformers Universe film earned $8.5 million in its opening day, positioning itself for a weekend bow in the $21-25 million range.

“Mary Poppins Returns,” which got its start Wednesday, added $6.7 million to its haul Friday (bring its cume to $15.5 million). The film should earn $20-24 million over the three-day weekend, producing a cumulative total in the $30 million range.

— Newcomers “Second Act” and “Welcome To Marwen” failed to impressive.

“Second Act” took sixth place Friday with just $2.5 million in receipts. It should approach a modest $6-8 million by Sunday.

“Marwen” performed even worse, landing in ninth place with a mere $0.9 million. It may not even crack $3 million this weekend. 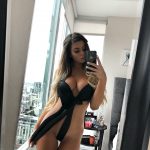