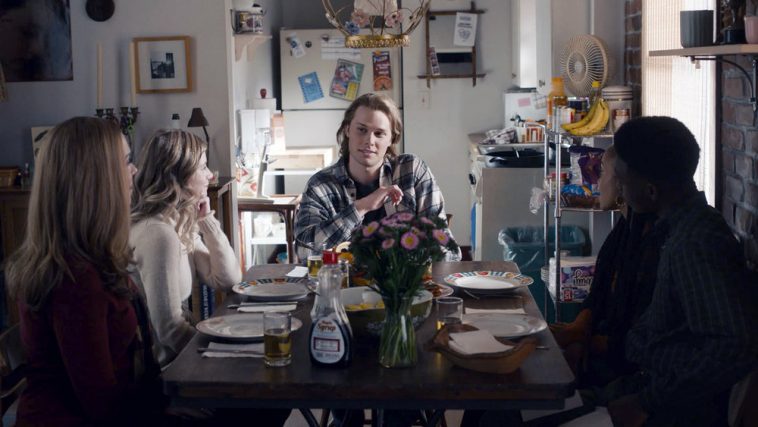 THIS IS US -- "A Long Road Home” Episode 505 -- Pictured in this screen grab: (l-r) Mandy Moore as Rebecca, Amanda Leighton as Sophie, Logan Shroyer as Kevin, Rachel Hilson as Beth, Niles Fitch as Randall -- (Photo by: NBC)

Entitled “A Long Road Home,” the episode will follow-up on some of the key threads from the aforementioned fall finale. Notably, it will explore Kate’s secret, which seemingly includes a past pregnancy and another encounter with Marc.

As his viral strip show caught the eye of the Vietnamese man who knew his mother, Randall is sure to receive new information about his past.

According to the official logline, “Kevin debates the best path for his future” in another “A Long Road Home” story thread.

Presumably due to social distancing guidelines, NBC has not been issuing traditional production photos for its upcoming episodes. It did, however, share a handful of screenshots from the January 5 installment: