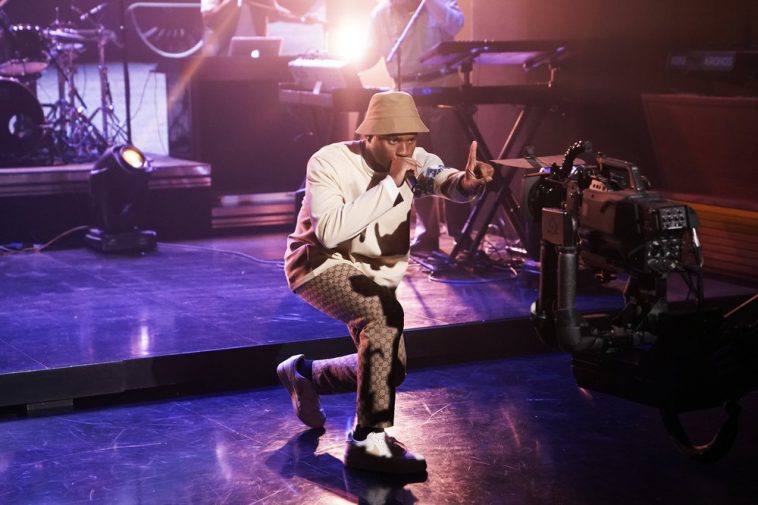 The episode closed with a performance by Denzel Curry.

Appearing in support of his critically acclaimed album “Zuu,” Curry performed a medley of “Ricky” and “Wish.” A video of the performance and photos from the taping follow.

The episode features a performance by Denzel Curry.

Curry, who released his album “Zuu” this past May, closes the episode with a musical performance.

Taped in advance, Monday’s “Tonight Show” also features interviews with Jesse Eisenberg and Fran Lebowitz. It airs at 11:35PM ET/PT on NBC; the Curry performance should start at around 12:25AM.

In advance of the broadcast, NBC shared a collection of photos from the taping.