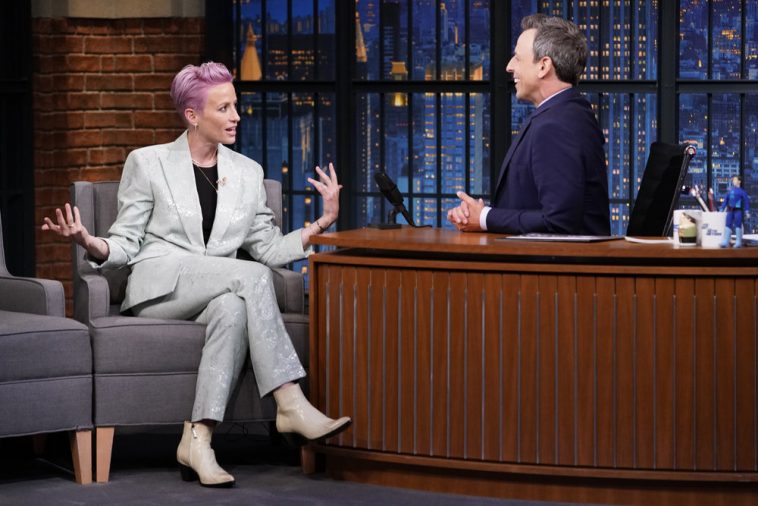 The soccer star appeared took part in an interview with host Seth Meyers.

Video highlights from the interview follow. Photos from the taping also appear below.

As it was off last week, NBC’s “Late Night With Seth Meyers” did not get to immediately celebrate the US Women’s National Soccer Team’s 2019 World Cup victory.

Such an overture does take place Monday, however, as team co-captain Megan Rapinoe makes an appearance on the show.

The interview airs as part of an episode that also features Laura Dern and Catherine Cohen.