Update: Ariana Grande’s new album “Positions” reached #1 on the US iTunes sales chart following its release late Thursday, and it remains in the top spot as of 12:30PM ET Friday.

Its closest competition comes from Busta Rhymes’ “Extinction Level Event 2: The Wrath Of God.” Sam Smith’s “Love Goes,” which was #2 earlier in the day, is now #3.

Shortly after its release Thursday night, Ariana Grande’s “Positions” rocketed to #1 on the US iTunes album sales chart. It remains atop the chart as of press time at 1:15AM ET.

Rarely has the “pretends to be shocked” meme been more appropriate.

Although “Positions” did not receive a traditional, full-length promotional campaign, it is still a new album from one of the music industry’s most bankable (and beloved) hitmakers. That reality ensures “Positions” will sell well throughout the week, while also racking up big numbers on the major streaming platforms. It is a strong bet to debut at #1 on the Billboard 200 album consumption chart.

“Positions” seized the throne from Bruce Springsteen’s “Letter To You,” which was the best-selling album last week. That album is now #3 on the all-genre chart, below “Positions” and Sam Smith’s new “Love Goes.” 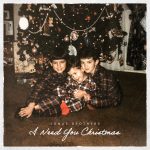