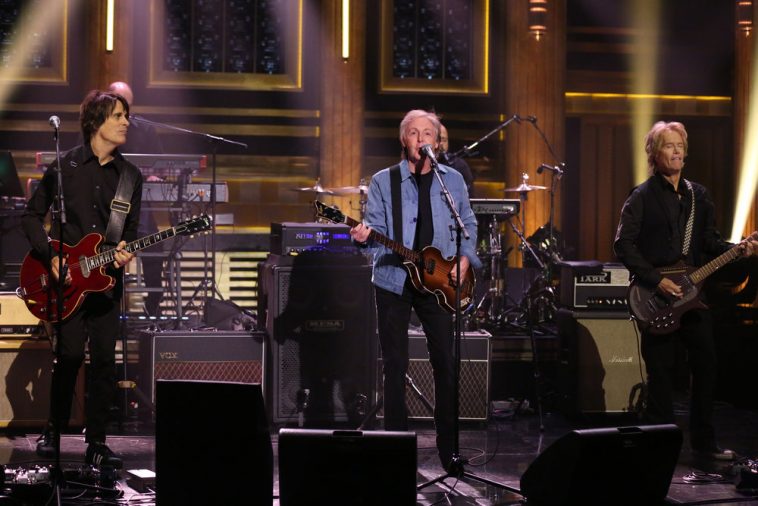 Update: Billboard just made the news official – Paul McCartney’s “Egypt Station” is the #1 album on this week’s Top Album Sales and Billboard 200 charts.

The album tops the former with what Billboard reports as 147K pure US sales. It tops the Billboard 200 with 153K in first-week US consumption (album sales + units from track sales and streams).

“Egypt Station” is McCartney’s first #1 solo album since 1982’s “Tug Of War.” It, moreover, is his first solo album to ever debut atop the Billboard 200.

Paul McCartney’s “Egypt Station” topped initial projections — and appears to have topped this week’s US album sales and consumption races.

According to data from Hits Daily Double and BuzzAngle, “Egypt Station” sold about 141K pure US copies during the September 7-13 tracking period. With units from track sales and streams included, the album generated nearly 146K in overall consumption.

Due Sunday, Billboard’s more authoritative data may differ slightly from that reported by Hits. Those slight discrepancies should not, however, affect the overall outcomes. The pure sales total should yield a #1 bow on the Billboard Top Album Sales chart, while the consumption tally should position “Egypt Station” atop the Billboard 200.

Lauren Daigle’s “Look Up Child” should take #2 on the sales front; Hits has the album selling about 97K US copies. Eminem’s “Kamikaze” will likely be #2 on the Billboard 200 with 127K units.