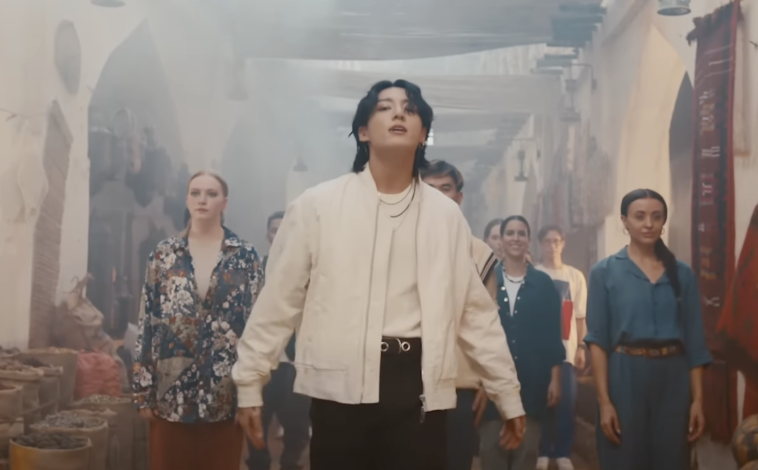 The video of the BTS member’s World Cup opening ceremony performance rises one spot to #1 on this week’s Global YouTube Music Videos Chart.

The official music video, which was absent from the chart due to an error last week, concurrently debuts at #2.

The former received 25.9 million views during the November 25-December 1 tracking period, while the latter received 22.6 million.

Unsurprisingly, “Dreamers” also takes #1 on the Global YouTube Songs Chart. The anthem garnered 56.9 million views across all eligible uploads during the tracking period.