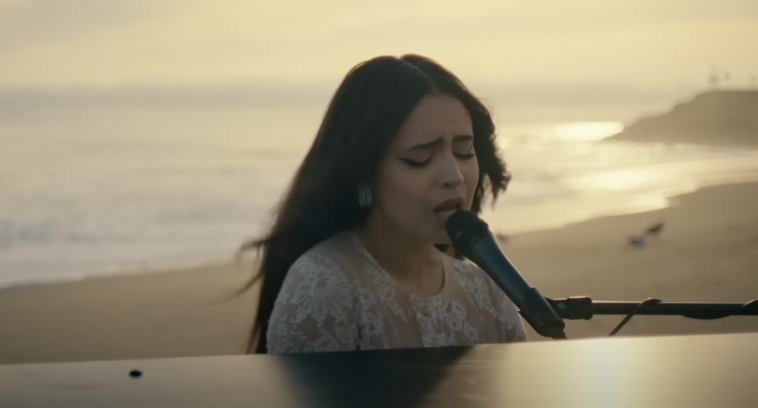 When one refers to Sofia Carson as a principal of the hit Netflix film “Purple Hearts,” they are not overstating her involvement.

In addition to starring in the film, Carson serves as an executive producer. She additionally represents the sole performer — and lead songwriter — for the film’s soundtrack.

The soundtrack enjoyed impressive activity in conjunction with the release of the film, yielding some Billboard chart achievements for Carson.

Notably, Carson earns a new peak of #4 on the Billboard Emerging Artists Chart.

In terms of achievements for the recording, tracks “Come Back Home” (#26), “I Didn’t Know” (#40), and “I Hate The Way” (#47) each debut on the Digital Song Sales chart. The full soundtrack album, meanwhile, takes #52 on the all-genre Billboard Top Album Sales chart, while debuting at #7 on the Soundtracks listing.