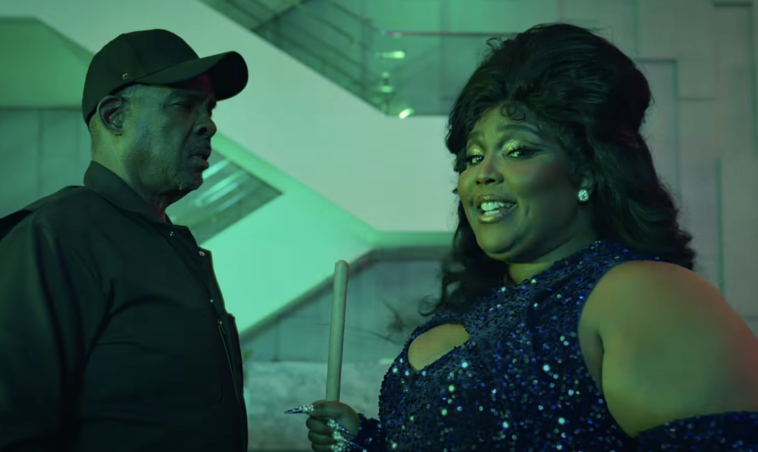 Lizzo’s “About Damn Time” is on track to claim #1 on this week’s Mediabase pop radio airplay chart.

The smash hit received 13,376 spins during the first five days of the June 26-July 2 tracking period. Up 8% from the count at this point last week, the tally slots “About Damn Time” at #1 on Mediabase’s building/real-time pop chart.

Although “About Damn Time” does not hold a huge lead over Jack Harlow’s building #2 “First Class” and Harry Styles’ building #3 “As It Was,” it has a clear momentum advantage. Whereas the Lizzo tune is up from the same-time-last-week figure, the other two songs are down slightly.

Barring a massive shift in trajectory over the tracking period’s final two days, “About Damn Time” will hold on for #1.