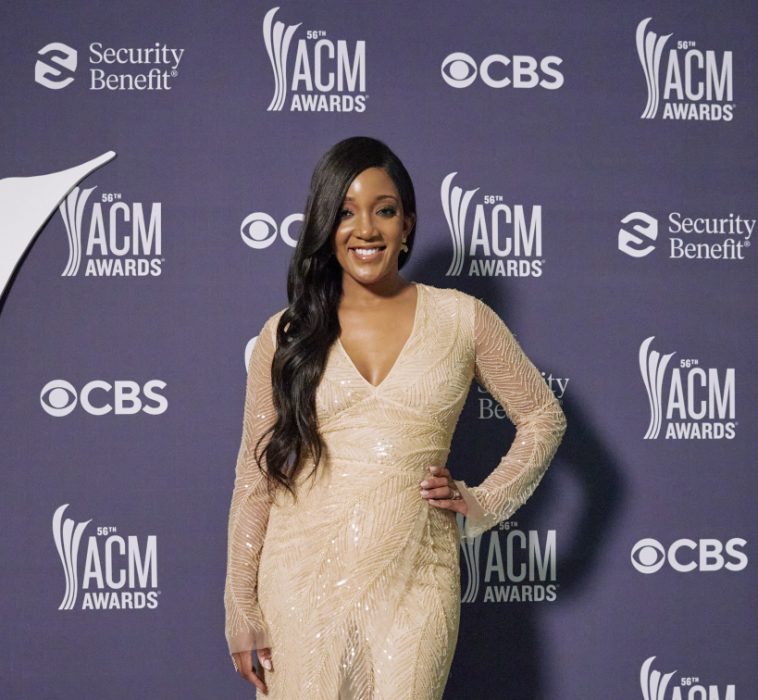 The 56th Academy of Country Music Awards will be a big night for Mickey Guyton.

A nominee for New Female Artist, Guyton will also have two major roles in the show. Along with performing during the ceremony, Guyton will host the proceedings alongside Keith Urban.

Ahead of her big night, Guyton made her presence felt on the show’s figurative red carpet (it’s actually a shade of grey).

Taking place at multiple venues in Nashville, the broadcast will air at 8PM ET/PT on CBS and Paramount+. To heighten anticipation for the broadcast, the network just issued photos from Guyton’s red carpet arrival. Those follow: