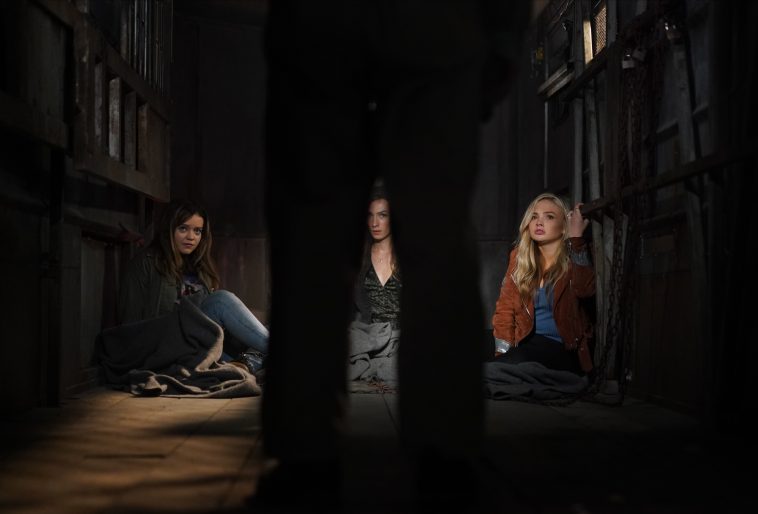 BIG SKY - ÒNowhere to RunÓ Ð Forced to form an unlikely team, Cassie and Jenny set out to continue the search for the missing girls. Meanwhile, Danielle, Grace and Jerrie get to work on planning their escape, leading Legarski to struggle with the consequences of his actions as a distracted Ronald deals with a difficult relationship with his mother, on an all-new ÒBig Sky,Ó TUESDAY, NOV. 24 (10:01-11:00 p.m. EST), on ABC. (ABC/Darko Sikman) JADE PETTYJOHN, JESSE JAMES KEITEL, NATALIE ALYN LIND

Despite receiving slightly reduced lead-in support from “The Bachelorette,” the second episode of ABC’s “Big Sky” matched the premiere’s performance in adults 18-49. It meanwhile posted a slight week-over-week gain in overall viewership.

The impressive second-week hold indicates a favorable reaction to the first episode and/or buzz from its final twist. It remains to be seen whether “Big Sky” can retain viewer interest in the weeks ahead, but this week’s performance (as well as strong DVR numbers for the premiere) is definitely a welcome sign.