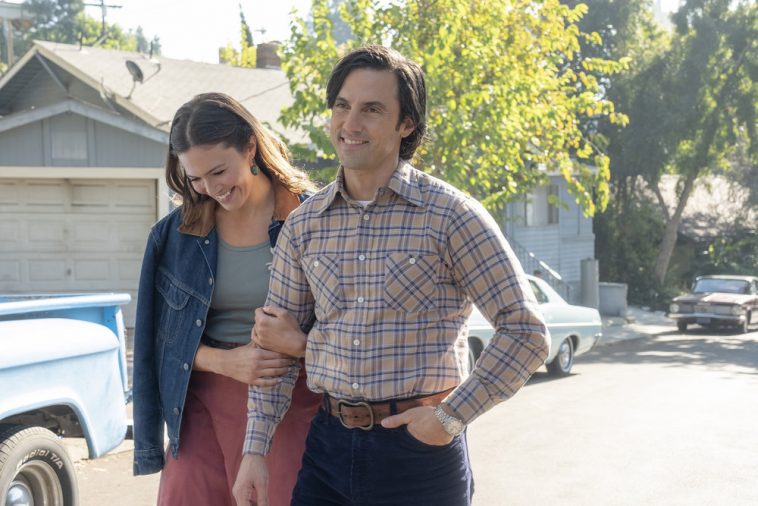 Update: Thanks to prominent inclusion in Tuesday’s “This Is Us” episode, Crosby, Stills, Nash & Young’s classic “Our House” enjoyed a big gain on the US iTunes sales chart.

Outside the Top 200 prior to the broadcast, “Our House” roared into the Top 40 early Wednesday morning. By 2AM ET Thursday, it was up to #21 on the all-genre listing.
====
Again proving itself to be a powerful platform for music, “This Is Us” has sent the Crosby, Stills, Nash & Young classic “Our House” flying up the US iTunes sales chart.

As of Wednesday morning at 10:30AM ET, “Our House” is #38 on the all-genre iTunes chart. It was well outside the Top 200 prior to the broadcast.

Entitled “Clouds” (referencing the Joni Mitchell album), Tuesday’s episode found present-day Rebecca (Mandy Moore) and Kevin (Justin Hartley) visiting the house in which Mitchell and Graham Nash lived (which helped inspire the song). Key scenes from the episode additionally featured both the CSNY recording and an a capella vocal take from Rebecca.

Thanks to the show’s strong ratings and heavy emphasis on music, songs featured during “This Is Us” episodes often receive non-trivial iTunes boosts.