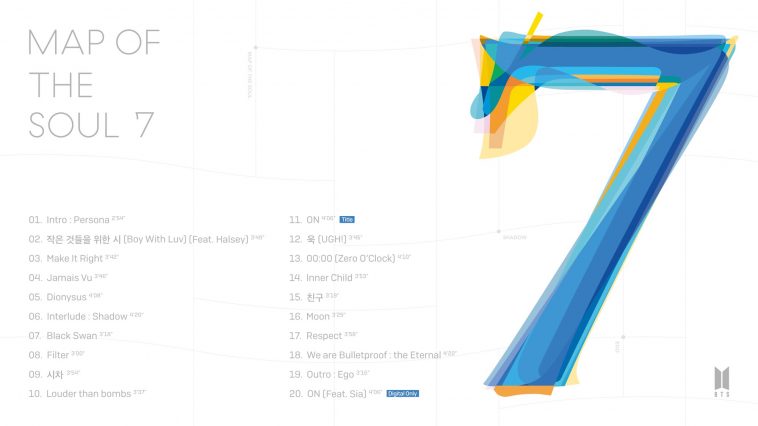 With five days remaining until the release of “Map Of The Soul: 7,” BTS revealed the official track list for its new album.

The physical version of the album contains 19 tracks, while the digital release will contain an additional song. Five first appeared on 2019’s “Map Of The Soul: Perosna,” while the other 14/15 are new.

According to an official Big Hit press release, “ON” will represent the album’s lead single. A second version of “ON,” featuring vocals from Sia, appears as the aforementioned digital-only track. “The collaboration between the two artists came to be as BTS reached out to Sia to work together on their latest record,” notes the press release.

18. We are Bulletproof : the Eternal