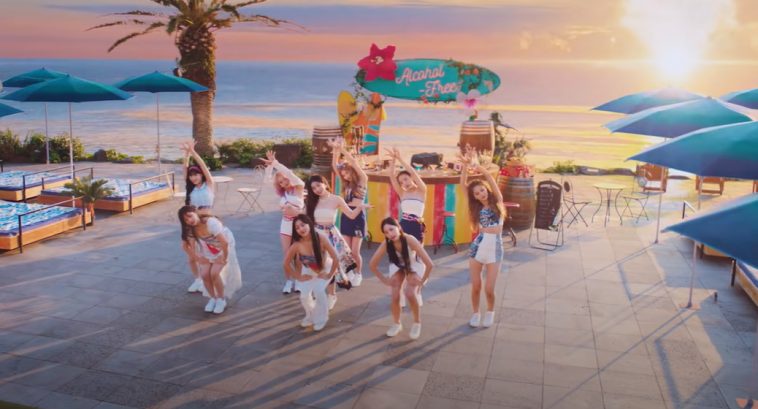 After just two days in the market, TWICE’s “Alcohol-Free” debuted at #2 on last week’s South Korea YouTube Music Videos Chart. Following its first full week, it moves up to #1.

The “Taste Of Love” focus/title track received 2.05 million South Korean views during the June 11-17 tracking period. Up 23% from last week’s short-week debut mark, the tally lifts “Alcohol-Free” up to #1 on the South Korea Videos Chart.

— “Alcohol-Free” also holds up well on the Global YouTube Music Videos Chart. After debuting at #7 on last week’s chart, the video takes #8 on the new listing. Despite the positional decline, the video managed a week-over-week viewership gain: “Alcohol-Free” drew 25 million worldwide views between June 11-17, reflecting a 9% gain from the debut total.

Thanks to the success of “Alcohol-Free,” buzz over the “Taste Of Love” mini-album release, and enduring interest in the group’s catalog, TWICE rises two spots to #4 on the South Korea YouTube Artists Chart. The group, meanwhile, ascends eight places to #26 on the Global Artists listing.