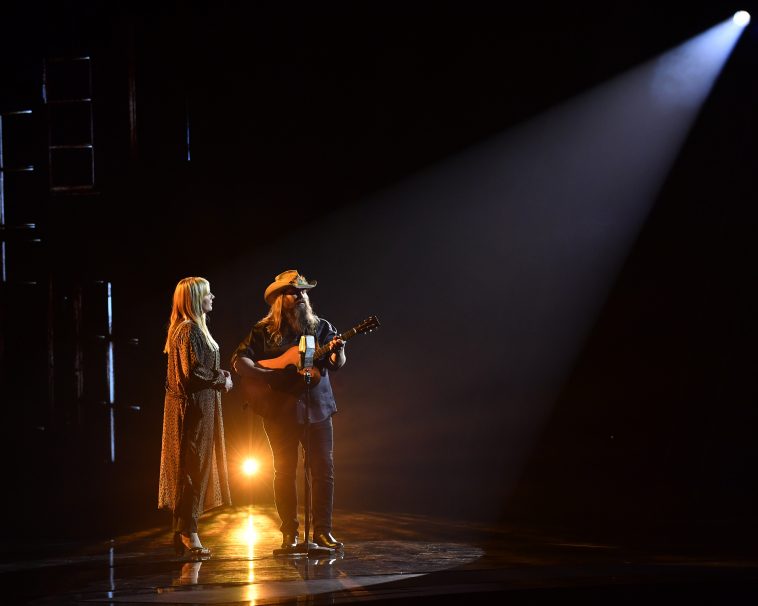 Update: Shortly after his performance at the CMA Awards, Morgan Wallen’s “More Than My Hometown” reached #1 on the US iTunes chart.

Later Wednesday night, Chris Stapleton’s “Starting Over” soared to #1. Stapleton, too, performed his single at the awards.

By 12:15AM ET Thursday, “More Than My Hometown” is back at #1 on the chart. “Starting Over” is actually down to #3, with Gabby Barrett & Charlie Puth’s “I Hope” (another CMA performance selection) in the runner-up spot.

The songs may continue shifting positions in the coming hours.
====

Shortly after he took the stage, Morgan Wallen’s “More Than My Hometown” flew to #1 on the all-genre listing. Moments ago, Chris Stapleton’s “Starting Over” seized the throne. It holds #1 as of press time at 12:10AM ET Thursday morning.

Stapleton’s live rendition of “Starting Over” was one of the night’s best performances.

“More Than My Hometown” is currently #2 on the chart.

Thomas Rhett’s newly released “What’s Your Country Song” is now #3 on the chart. Rhett did not perform the song on the broadcast; he instead delivered a rendition of his recent #1 “Be The Light.”

Gabby Barrett and Charlie Puth did perform “I Hope,” and their collaboration is #4 on the chart. Dan + Shay & Justin Bieber’s “10,000 Hours,” another CMA performance selection, is #5.