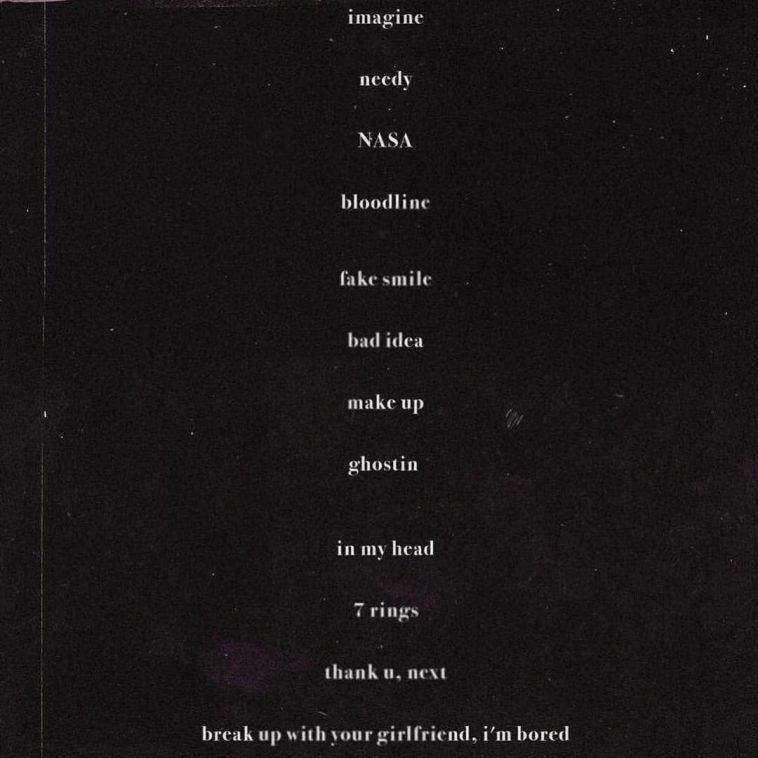 Ariana Grande - Thank U Next Tracklist | Republic via @arianagrande

Shortly after the release, the artist began teasing a follow-up album. The first taste came in the form of purported title track “thank u, next.” Grande subsequently released “Imagine,” followed by new single “7 rings.”

Tuesday, Grande confirmed the full track list for the new LP. She also revealed that the twelve-track album will launch on February 8.

The track list for what is sure to be one of the year’s most successful releases follows:

imagine
needy
NASA
bloodline
fake smile
bad idea
make up
ghostin
in my head
7 rings
thank u, next
break up with your girlfriend, i’m bored