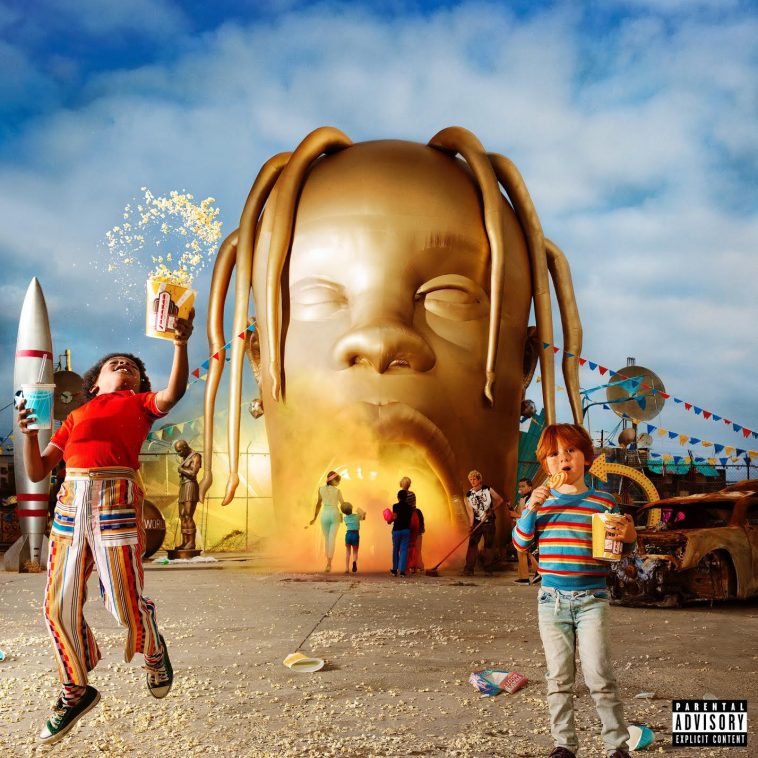 Update: Billboard just made the news official: Travi$ Scott’s “ASTROWORLD” spends a second week at #1 on the Billboard 200.

The difference is almost entirely explained by a discrepancy in pure sales. Whereas Hits says the album sold 94K in pure copies this week, Billboard reports the figure at 78K.

Nicki Minaj’s new “Queen” takes #2 on the Billboard 200. Billboard says it did 185K in consumption, with 78K coming from pure sales. Those numbers are also lower than those reported by Hits (190K, 83K respectively).

As Billboard only reported rounded pure sales data for the two albums (78K each), it was not immediately clear which landed higher on the Top Album Sales chart. “ASTROWORLD,” however, is the clear #1 on the Billboard 200.

Both albums, it should be noted, benefited from direct-to-consumer bundles (including merchandise packages); albums purchased as part of those bundles count as sales. “Queen” also received a lift from a tour ticket/album promotion.
====

By the middle of the August 10-16 tracking period, it had become clear that Travi$ Scott’s “ASTROWORLD” and Nicki Minaj’s “Queen” were in a tight race for #1 on this week’s key US album charts.

Through attractive promotional bundles and other efforts, both sides expressed seriousness about winning the race. The Travi$ Scott camp was gunning for a second week atop the Billboard Top Album Sales and Billboard 200, while Team Minaj was looking for a #1 debut.

While Billboard is not expected to officially declare a winner until Sunday, Hits Daily Double and BuzzAngle have reported their data. It favors Travi$ Scott.

According to those sources, “ASTROWORLD” sold about 94K pure US copies during the tracking period. With TEA (track sales/10) and SEA (track streams/1250 for paid services + track streams/3750 for free services) included, “ASTROWORLD” generated about 223K in total US consumption.

Minaj’s album takes #2 on the Hits charts with 83K in pure sales and 190K in total consumption.

Billboard’s data does not precisely mirror that reported by Hits, but the discrepancy between the two is typically very small. As such, there is clear reason to believe that “ASTROWORLD” will retain its #1 positions on Top Album Sales (pure sales) and the Billboard 200 (consumption).

Still, all parties will want to wait until Billboard’s report before treating the outcome as official.