Ariana Grande will perform a Whitney Houston tribute on the live, two-hour finale. Celine Dion will meanwhile perform her own iconic hit “My Heart Will Go On” (from Montreal).

Hosted by Arsenio Hall and Kelsea Ballerini, the live “Greatest Hits” finale will also find “some of the most iconic and thrilling music artists of the 80s, 90s and 2000s performing their greatest hits.”

Whereas the regular, taped editions of “Greatest Hits” each focus on a six-year stretch, the finale will celebrate music from the complete 1980-2005 window. 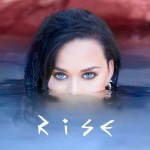