The song, which is the lead single from the group’s forthcoming “7/27,” received 1,309 plays on Friday, February 26. The count positions “Work From Home” at #35 on Mediabase’s building chart, which is based on the first six days of the February 21-27 tracking week.

While “Work From Home” will not receive nearly as many plays Saturday, it will certainly remain inside the Top 40 as the chart goes final.

It will thus represent one of the Top 40 debuts on this week’s official Mediabase pop radio airplay chart. Other new Top 40 additions will include Taylor Swift’s “New Romantics” (which will actually crack the Top 30), Gwen Stefani’s “Make Me Like You,” James Bay’s “Let It Go” and Nelly’s “Die A Happy Man.”

The official chart will be published Sunday night.

“Work From Home,” which entered the market at around 7AM ET Friday, was provided hourly airplay on iHeartMedia’s network of stations. Other, non-iHeart stations also got in on the opening day action. 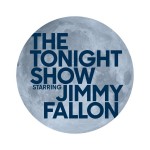