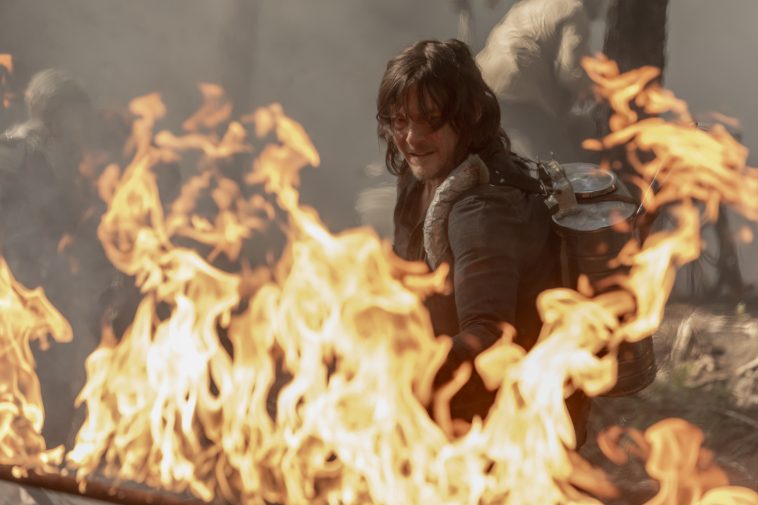 Given the show’s age and the tepid live+same-day ratings climate, it should come as no surprise that “The Walking Dead” endured a year-over-year loss Sunday night.

The show nonetheless remains a force from a competitive standpoint.

Though non-trivial, the drops are not abnormal for the current landscape. Younger scripted series like “This Is Us,” as an example, endured similar year-over-year declines.

The drops also fail to knock “The Walking Dead” from its cable ratings perch. The AMC program ruled the Sunday cable ratings race — and should comfortably rank as the week’s top-performing cable entertainment broadcast in adults 18-49 and adults 25-54.

Across all of TV, “The Walking Dead” remains a Top 5 live+same-day performer among scripted dramas (and the only one of those standout performers that faces Sunday Night Football). It will, as usual, also post big numbers from delayed viewing (including AMC Premiere streaming).

None of this means the year-over-year drop — or series low distinction — should be ignored. “The Walking Dead” is not the juggernaut it once was, and its live+same-day viewership continues to trend downward. It simply means that “The Walking Dead” is still a comparatively big attraction for today’s live TV viewers.