Search
Two and a Half Men Finale (CBS)

When it comes to Thursday’s “Two and a Half Men” finale, the teasing CBS press release was not technically inaccurate. The episode did devote itself to Charlie Harper, and surprise guests did appear.

Unfortunately, Charlie Sheen, the man who portrayed Charlie Harper, was not one of those surprise guests.

Subverting industry expectations, the hourlong “Men” finale did not feature any sort of Charlie Sheen cameo. The eighth season finale will thus forever represent the actor’s final “Two and a Half Men” appearance.

Because he was the original star–and the driving force behind its early success–Sheen’s absence was inevitably going to draw ire from fans. The fact that he was not involved in an episode so heavily devoted to the Charlie Harper character amplified that reaction.

Sensing there would be outrage–and aware of the opportunity to elicit some last minute buzz–series executive producer Chuck Lorre addressed Sheen’s absence in the “vanity card” that aired after Thursday’s finale.

A screenshot of that card follows: 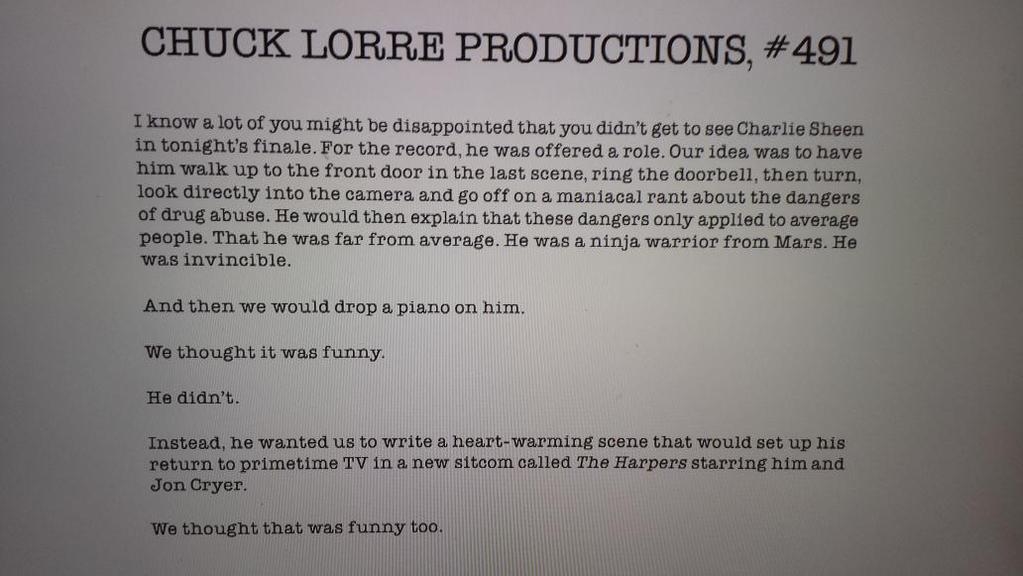