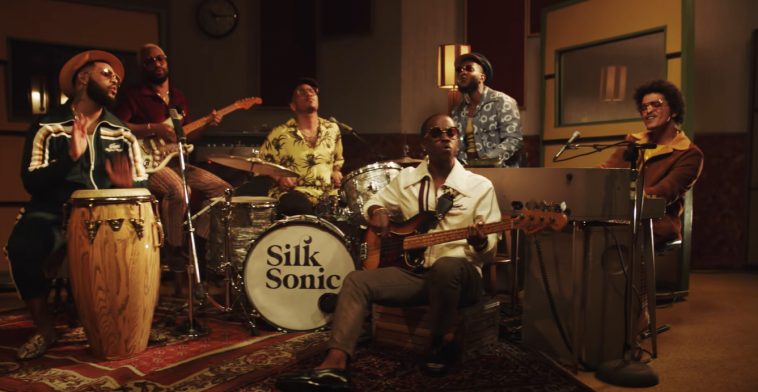 Going into Sunday’s Grammy Awards ceremony, Olivia Rodrigo’s “drivers license” was the betting favorite to win Song of the Year.

Oddsmakers got it wrong. The award instead went to “Leave The Door Open,” the debut project from Bruno Mars and Anderson .Paak’s Silk Sonic project.

Granted, it was not exactly a major upset. Both are past winners (Mars is a major past winner), and oddsmakers did have “Leave The Door Open” as one of the frontrunners.

A songwriting award, the trophy recognizes Mars and .Paak as well as their co-writers D-Mile and Brody Brown.

Song Of The Year was the first of the “Big Four” awards to be announced at Sunday’s show. Best New Artist, Record Of The Year, and Album Of The Year are still to come.