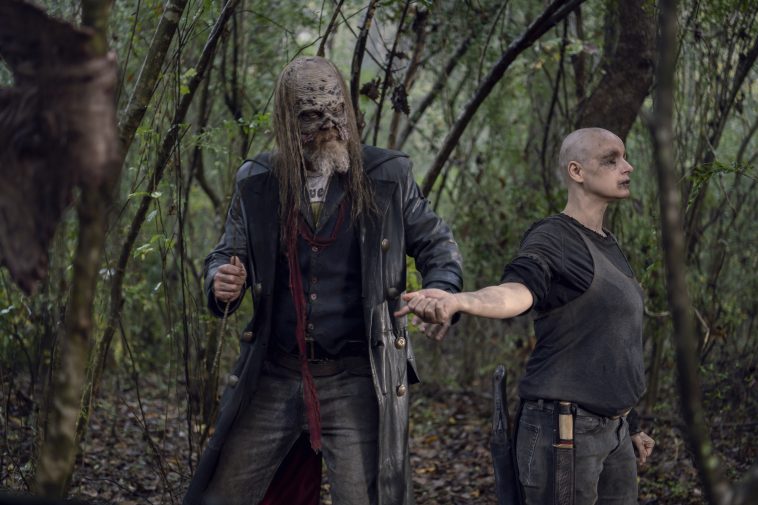 According to live+same-day data posted by Showbuzz, Sunday’s finale drew a 1.86 adults 18-49 rating and averaged 5.02 million overall viewers. The numbers markedly top the 1.48 rating and 4.15 million viewer mark posted by the previous episode.

They, moreover, are the best for the show since the 2.0 rating and 5.16 million viewer mark drawn by the midseason premiere. They nonetheless represent the show’s weakest live+same-day finale performance to date. The previous low was held by the first season finale, which drew a 3.0 rating and 5.97 million viewers.

The reality is that neither aspect of the performance is surprising.

Season finales of “The Walking Dead” typically post substantial gains from their preceding few episodes, so this Sunday’s increase is not necessarily worthy of celebration. It does not necessarily confirm a powerful response to the bloodbath of last week’s episode.

On the other hand, it is important to note that “The Walking Dead” spent the bulk of its season at series low levels. As a result, it was essentially a foregone conclusion that the season finale would be the least-watched on record.