Randy Houser’s “What Whiskey Does” received a healthy amount of support in conjunction with this week’s country radio impact.

Picked up by 52 Mediabase-monitored stations, it ranks as country radio’s most added song.

Jon Pardi’s “Night Shift,” which landed at 34 stations, takes second place on the weekly add board.

Each added by 20 stations, Eric Church’s “Desperate Man” and Luke Combs’ “She Got The Best Of Me” tie for third. Chris Stapleton’s “Millionaire” and Scotty McCreery’s “This Is It,” which each landed at 13 new stations, follow in a tie for fifth. 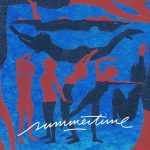