Given the absence of the mammoth “TWD” lead-in, Monday’s airing naturally drew a far smaller audience.

According to live+same-day data posted by Showbuzz, the 9PM portion of the premiere (the same hour that aired Sunday) drew a 0.36 adults 18-49 rating and averaged 1.23 million overall viewers.

While the numbers markedly trail the 1.34 rating and 3.34 million viewer figure posted by the “TWD”-boosted broadcast, they are solid by cable drama standards.

They are considerably stronger than what fellow AMC series “McMafia” has been averaging on Monday nights (0.10 rating, 0.40 million viewers through four broadcasts).

Like “McMafia,” AMC is leveraging “The Terror” to drive interest in its AMC Premiere service. All ten episodes of “The Terror” launched on that platform Sunday night. 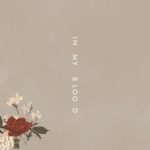