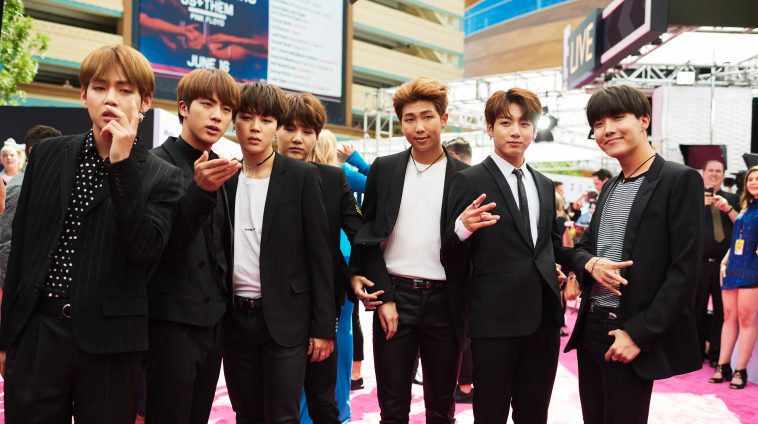 Despite not launching until the fourth day of the tracking period, BTS’ “Love Yourself: Her” debuts prominently on this week’s Billboard 200 consumption chart.

According to Billboard, the album takes #7 on this week’s chart. The Billboard 200 ranks albums based on the sum of pure US album sales, US track sales/10 and US track streams/1500.

The album, it should be noted, was only available via digital channels this week.

The #7 debut is the highest Billboard 200 position ever achieved by a K-pop act. BTS actually held the previous record; its “Wings” went as high as #26 on the chart.

“Love Yourself: Her” and “Wings” are the only K-pop albums to reach the chart’s Top 40.

— “DNA” was the top-performing track from the BTS album. It rocketed into the Top 5 on the US iTunes store shortly after its release. It meanwhile ranked as US Spotify’s #82 song for the September 15-21 tracking period.