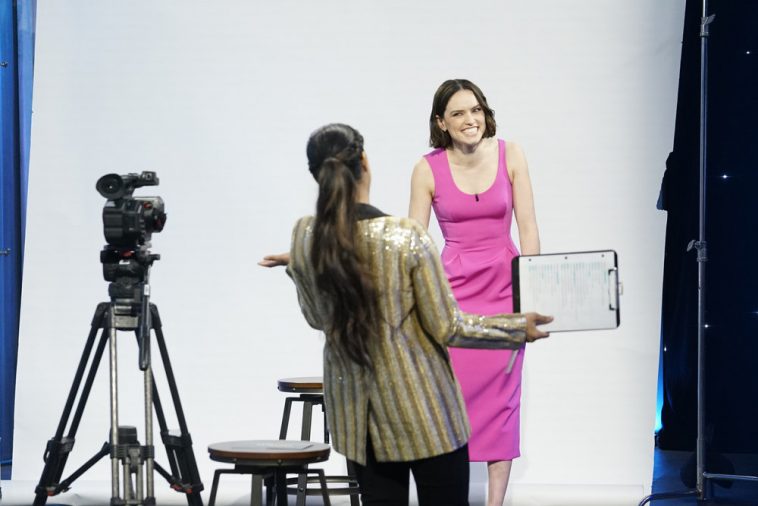 “Star Wars: The Rise Of Skywalker” star Daisy Ridley has already been making key promotional appearances for the new film.

Monday, she will make another one.

Ridley will appear on the Monday, December 16 edition of “A Little Late With Lilly Singh” (technically airing at 1:35AM ET on December 17).

The “Star Wars” actress will chat with Singh; an early look at the taping also suggest involvement in a comedy segment.

Ahead of Monday night’s airing, NBC shared a collection of photos from the taping. Those follow: