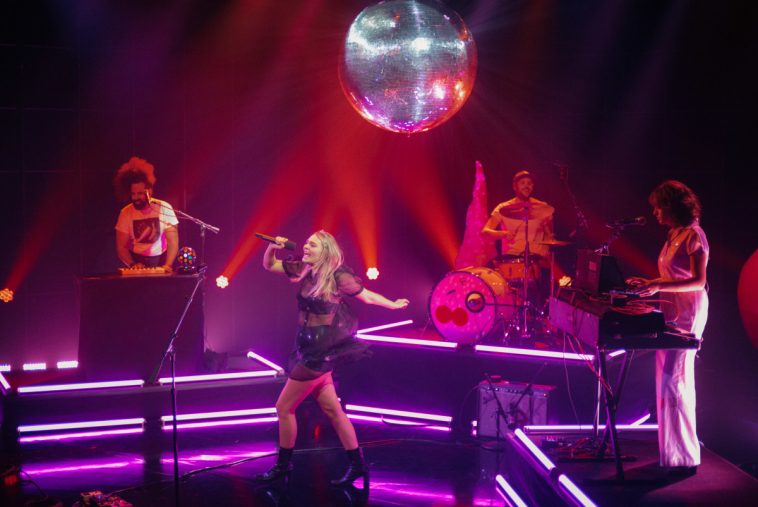 Wednesday’s edition of “The Late Late Show With James Corden” featured a visit from Cherry Glazerr.

Accompanied by Reggie Watts, the band closed the show with a musical performance. Not simply Cherry Glazerr’s first time on “Corden,” the performance actually marked the band’s network television debut.

Taped earlier in the day, Wednesday’s “Corden” also featured appearances by Ashley Tisdale and Taran Killam. Both participated in the nightly discussion.

The broadcast began airing at 12:35AM on the east coast — and will start at the same time in the west. A video of the Cherry Glazerr performance and photos from the taping follow.