The big news story may not, however, be about his winning the award. It will likely focus on what happened after he accepted his trophy.

CBS’ broadcast of the show cut to commercial during Drake’s acceptance speech. The very well could have been due to time (the speech was going quite long) and signal (he seemed to take a momentary pause).

Skeptics, however, may wonder if the cut had anything to do with content. Just prior to the commercial break, Drake had made the point that success (and awards) in the entertainment industry are based on opinion (as opposed to sports championships, which go to the team that won the game). He noted that if an artist is connecting with fans who will part with their time and money to show support, then they do not need a trophy (such as a Grammy).

The sentiment was quite innocuous (and very resonant with the audience), and it is hard to imagine directors or producers taking offense with what he said. It was clearly meant to be motivational as opposed to condemnatory.

The coincidental timing will nonetheless have some fans speculating. Such speculation has already emerged in some Tweets.

And regardless of what prompted the cut, it certainly seemed jarring and awkward. 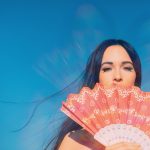