Amy Shark’s debut album “Love Monster” may not have made massive commercial waves in the US, but it did attract a respectable amount of opening week attention.

That attention results in a bow on the Billboard Top Album Sales and Digital Albums charts. It also thrusts Amy Shark onto the Emerging Artists chart.

Specifically, “Love Monster” grabs #82 on this week’s edition of Top Album Sales, which ranks albums from all genres based on pure album sales (no track sales or streams included). “Love Monster” meanwhile grabs #24 on Digital Albums, signaling its standing as one of the week’s Top 25 performers at digital retailers.

Amy Shark meanwhile scores #27 on the Emerging Artists chart, which ranks the top artists that have yet to score major Billboard chart hits. Positions are based on factors like album sales, song consumption and social media activity.

Amy Shark, who has enjoyed considerable chart success in her native Australia, first garnered American attention (and airplay) with her single “Adore.” She recently launched her follow-up “I Said Hi” at alternative radio formats. 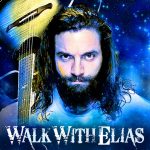