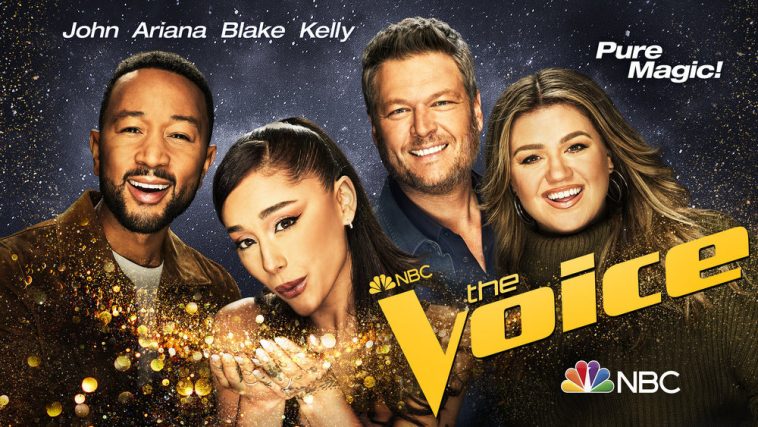 One day after appearing together on TODAY, this season’s “The Voice” coaches will make a joint appearance on E!’s “Daily Pop.”

According to E!, Ariana Grande, Blake Shelton, Kelly Clarkson, and John Legend will discuss season twenty-one of the award-winning reality series on the September 16 “Daily Pop.” That day’s episode will also feature Emmy-related segments with Amber Ruffin and Karen Wood, as well as a chat with Kristen Bell on behalf of “Do, Re & Mi.”

Other upcoming “Daily Pop” guests are as follows: