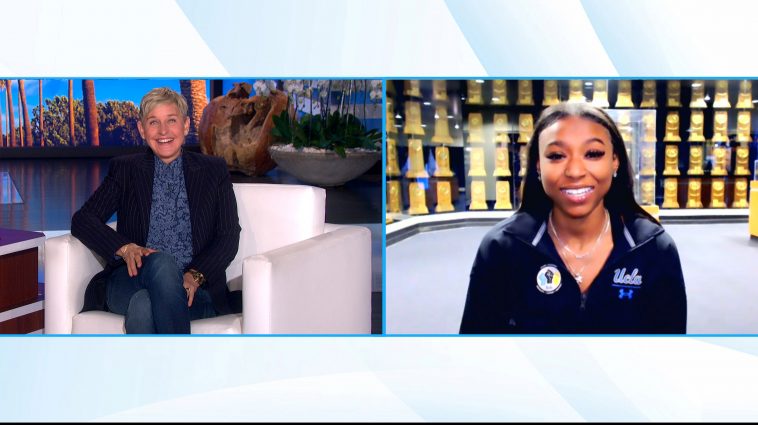 Early last year, UCLA Gymnast Nia Dennis appeared on “The Ellen DeGeneres Show” amid buzz over her Beyoncé-themed floor routine. The “Ellen” appearance, which included a gymnastics segment as well as a touching reunion with her sister, attracted massive interest.

The gymnast recently made waves with another floor routine (“Black Excellence”), drawing the attention of gymnastics enthusiasts, casual observers, high-profile names, and just about everyone in between. On the heels of her impressive showing, Dennis returns to “Ellen.”

Appearing as a virtual guest, Dennis discusses the buzz over recent routine, including the supportive Tweet from Michelle Obama. She also talks about recovering from surgery, the experience competing without a live crowd, and her plans for the future.

The episode, which also features Laverne Cox, will air Thursday afternoon. The initial Nia Dennis video, however, is already available.