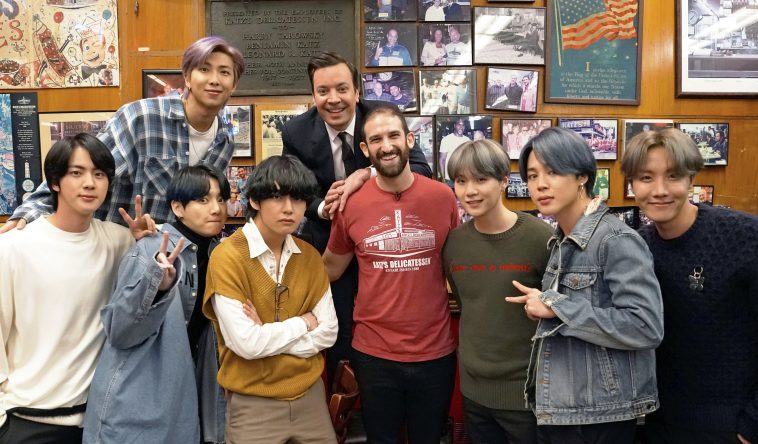 To celebrate the group’s “Map Of The Soul: 7” album, “The Tonight Show Starring Jimmy Fallon” will dedicate its entire February 24 episode to BTS.

The episode will, naturally, feature an interview with and performance by the group. The chat will include questions fans submitted using the #FallonAsksBTS hashtag.

From a typical episode, the broadcast will also find Fallon and BTS visiting key New York City sites. Among them: the famous Katz’s Delicatessen.

“We wanted to do something special for BTS and, at the same time, celebrate New York City. BTS really knocked it out of the park. You’re not going to believe how big and fun their performance is,” said Fallon. “They took over Grand Central Terminal. It’s BTS on NBC from NYC at GCT…wait, this is getting weird, isn’t it? Just watch the show on Monday, Feb. 24.”

Ahead of the episode, NBC shared a photo of BTS and Fallon at Katz. That follows: