As her “I Hope” enjoys its biggest Billboard chart week yet, country artist and former “American Idol” finalist Gabby Barrett reaches a new high on the Billboard Emerging Artists chart.

The artist rises four places to a new high of #19 on this week’s listing, which ranks the top artists who have not scored a major hit on the key Billboard song or album charts. She had previously peaked at #21 on the Emerging Artists listing.

“I Hope” notably debuts at #25 on this week’s Billboard Bubbling Under Hot 100, which ranks the Top 25 songs that have yet to appear on the actual Hot 100.

The also debuts at #25 on Country Streaming Songs, while reaching new peaks of #27 on Hot Country Songs and #42 on Country Airplay. 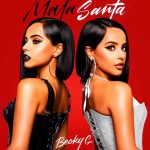