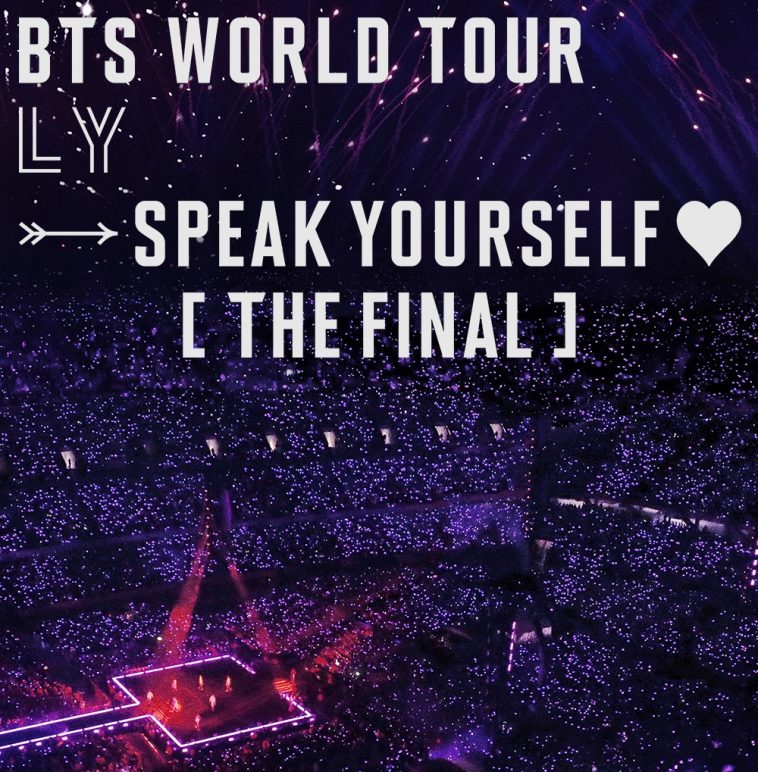 Love Yourself Speak Yourself [The Final] Key Art via Fathom Events

Earlier this year, BTS and Fathom Events made waves by launching “BTS World Tour: Love Yourself In Seoul” on US cinemas. The one-day event grossed nearly $3 million.

Later this month, Fathom will release another BTS concert film on US screens.

Per an official press release, the finale of BTS’ “Love Yourself: Speak Yourself” tour will be filmed on October 27 in Seoul. It will be broadcast live in numerous Asian markets.

Hours later, “Love Yourself: Speak Yourself [The Final]” will air concurrently in cinemas throughout the United States. There are conflicting reports about whether it starts at 7PM ET/4PM PT or 8PM ET/5PM PT.

“This momentous event will unite fans around the globe in celebrating the group’s most loved hits and unprecedented international fame,” says the press release. “U.S. fans won’t want to miss this exclusive opportunity to enjoy what will be one of BTS’ most historic moments together with other members of the BTS Army in cinemas – at the same time all across the nation.”

Tickets are now available via Fathom or local box offices.

btslove yourself: speak yourself tour