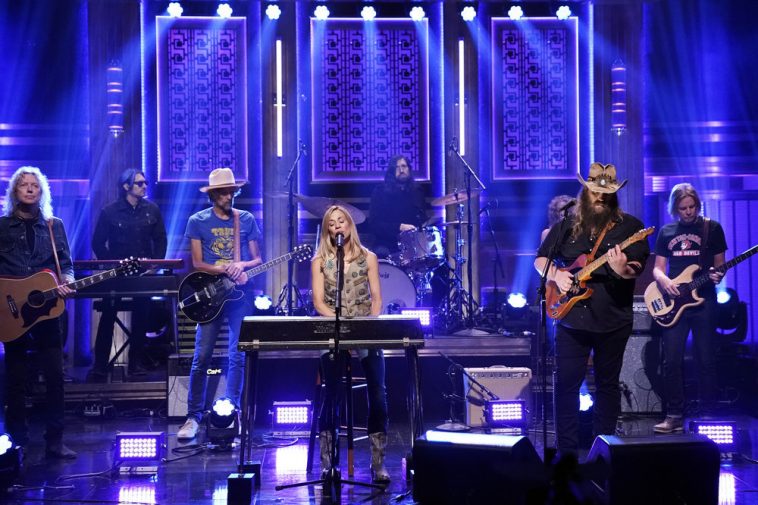 Accompanied by Chris Stapleton, Crow performed “Tell Me When It’s Over” from her new album “Threads.”

Friday, Crow returns to the stage with another collaborator from her “Threads” album: Chris Stapleton.

She and Stapleton deliver a live rendition of their “Tell Me When It’s Over.” The performance follows host Jimmy Fallon’s interviews with Paul Giamatti and Chrissy Metz.

The episode will begin airing at 11:35PM ET/PT on NBC; the performance should start at around the 50-minute mark.