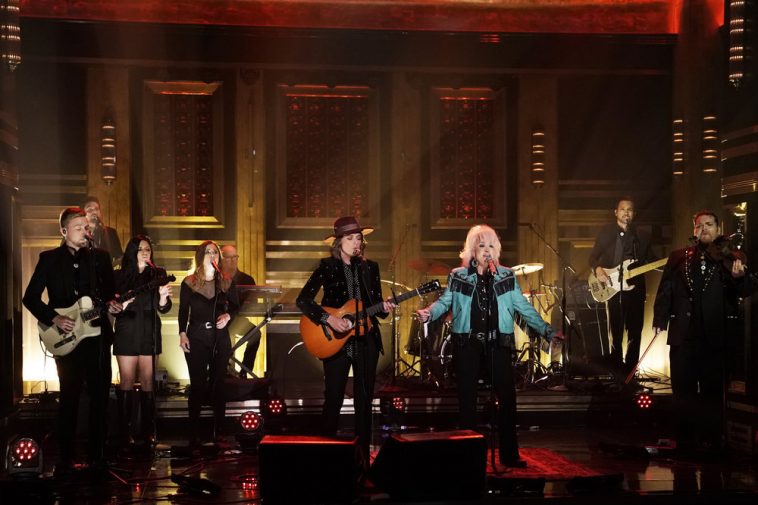 The artists, who collaborated extensively on Tucker’s recent album “While I’m Livin’,” performed “The Wheels of Laredo” on Thursday’s “Fallon” episode. A video will be available below starting at 3:35AM ET.

Indeed, Thursday’s episode welcomes Tanya Tucker to the stage. And she does not take the stage alone.

Tucker performs alongside Brandi Carlile, with whom she collaborated on new album “While I’m Livin’.”

The performance concludes an episode that also features Kendall Jenner and Desus & Mero. Jenner and the duo each have interviews; Jenner also plays a game of Pour It Out.

Taped in advance, the episode will air late Thursday night (following football and local news in most markets). Photos from the Tucker-Carlile performance follow; shots from Jenner’s appearance are here.