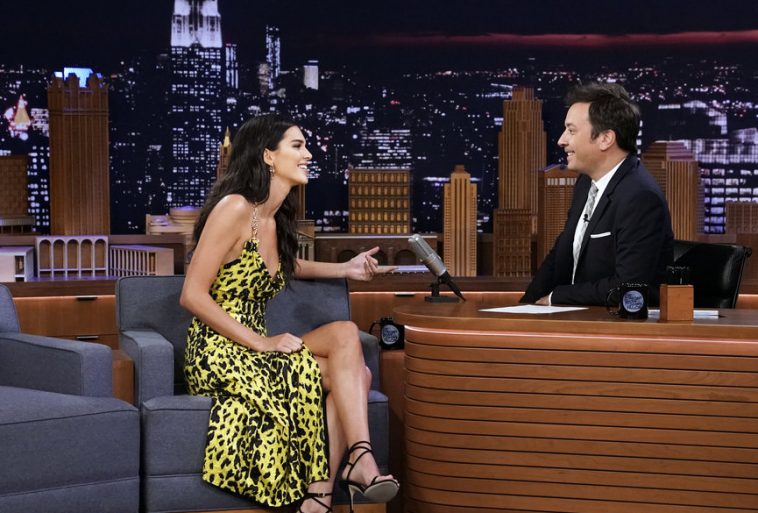 Kendall Jenner during an interview with host Jimmy Fallon on September 5, 2019 -- (Photo by: Andrew Lipovsky/NBC)

Update: Ahead of the “Keeping Up With The Kardashians” season premiere, Kendall Jenner paid a visit to “The Tonight Show Starring Jimmy Fallon.”

Jenner participated in an interview on Thursday’s episode. She also played “Pour It Out.”

A video of “Pour It Out” and a highlight from the interview follow, as do photos from the taping. Additional highlights will be posted upon availability.

Making her second visit of 2019, the popular model and entertainment personality joins host Jimmy Fallon for an interview. She and Fallon also play a game of “Pour It Out.”

Taped earlier in the day, the episode also features a chat with Desus & Mero. Later, Tanya Tucker and Brandi Carlile take the stage for a musical performance.

Due to NBC’s football coverage, the episode will likely air a bit later than its typical 11:35PM ET/PT start time.