Last week, rookie Korean group X1 made waves by debuting on the Billboard Social 50 and Emerging Artists charts prior to releasing any music.

This week, the group makes an even bigger splash on the artist-centric Billboard charts — again without any music officially in the market.

The Artist 100 ranks the top artists in America based on factors like song consumption, album sales and social media activity.

The group is set to release its first mini-album “비상: Quantum Leap” on August 27. 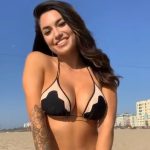